"A GOOD PRICE AND A GOOD PLAN, WITH A LOT OF ATTENTION TO SAFETY, ENVIRONMENT AND QUALITY"

Removal of Steel mill alongside the city border of Dortmund

Removal of Steel mill alongside the city border of Dortmund

Countless sheet piles have been rolled from thick steel plates at this Dortmund steel mill. But the Dortmund city limits came too close and the mill had to close. DDM got the contract to clear everything out.

The mill comprised an enormous area of industrial buildings. Inside there were all sorts of equipment, such as a furnace and various mills where steel plates were first made red hot and then rolled into the desired shape, like pizzas from a lump of dough. The client chose to sell off all internal and external equipment. The buildings themselves had to remain intact, so that in the end they could be sold off along with the terrain to a prospective developer.

Together with a number of other companies, DDM submitted a bid for the equipment. This involved making an accurate estimate, not only of the total weight, but also of what was still usable and could be sold on as such. It ultimately turned out to be about 40,000 tonnes of steel and equipment, of which 10,000 tonnes could be sold on as reusable. In accordance with DDM’s estimate, as it happens.

DDM worked for 18 months on the project, with on average thirty skilled personnel, five breaker/excavators with hydraulic cutters, two heavy forklifts and a lot of smaller equipment. Both the client and the relevant authorities were particularly satisfied with the running of the project and also with the results. What made the project extra special was that the surroundings noticed nothing of the work for all that time. 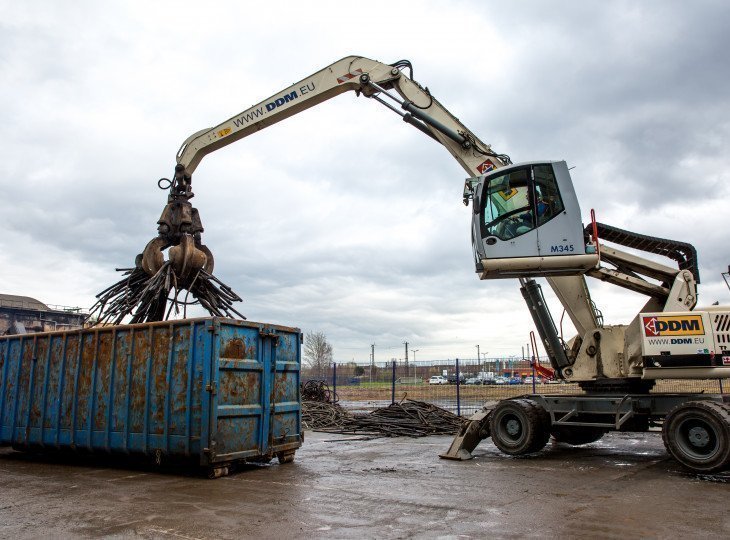 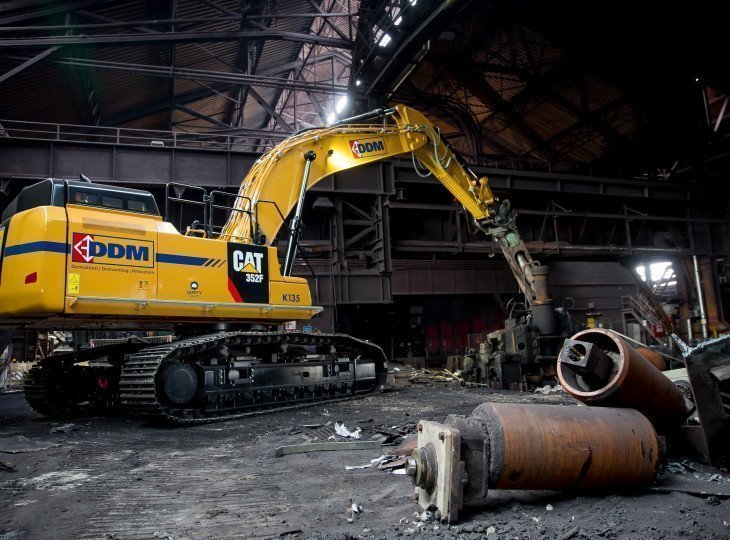 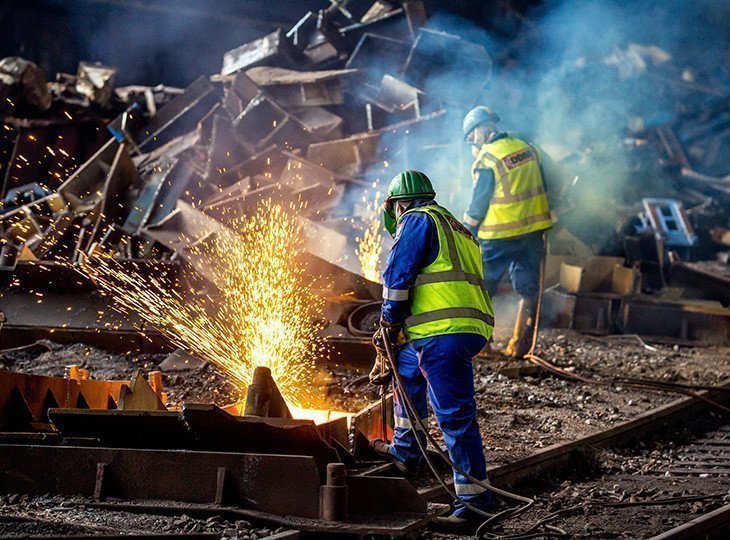 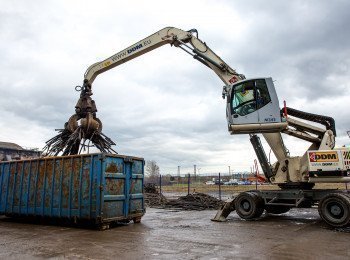 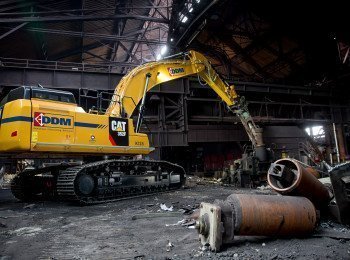 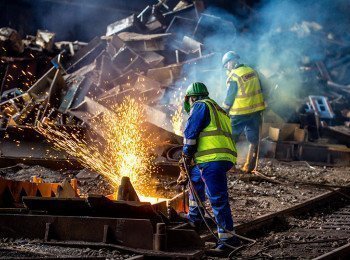