What’s the correct way to remove a huge storage hall?

What’s the correct way to remove a huge storage hall?

A large German copper manufacturer wanted to demolish its largest storage hall. Despite the vast roof span of 94 metres, DDM was able to remove it without any problems.

The circular hall had a diameter of 94 metres and it was almost 30 metres tall. Because of the enormous roof span, which was made entirely of concrete, the decision had been made when it was constructed to use pre-stressed concrete. A pre-stressed concrete ring was placed on the outside of the concrete stanchions. A specific construction that demanded a highly specific approach from DDM.

All the components, the indoor hoisting facilities and conveyor belts in the building were removed, followed by the steel wall cladding and the roof panels. The entire building was stripped until only the main load-bearing structure remained.

The concrete rafters had been laid during construction on the outer pre-stressed concrete ring and on the concrete top ring. The rafters could only be removed if the top ring was backed up by an auxiliary structure, which was placed up against the ring using a jack system. Once this had absorbed the weight, the rafters could be taken away. The long reach arm and the concrete shears of the demolition excavator were used to cut them loose and lift them away. The concrete top ring was removed using two hydraulic lifting cranes.

To eliminate the stresses from the outer ring, it was first weakened at specific spots by breaking the concrete. Once this had been done, the rest of the hall could be demolished by conventional methods. Demolition excavators were used for breaking up the concrete structures and separating out the rebar steel. 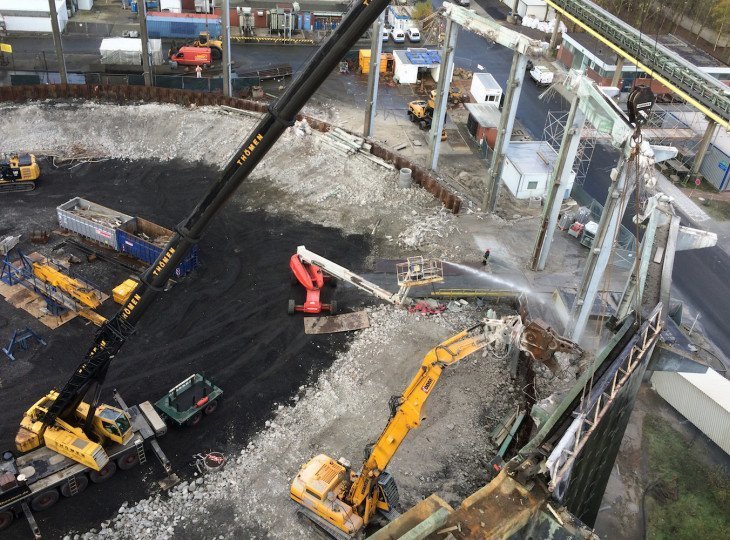 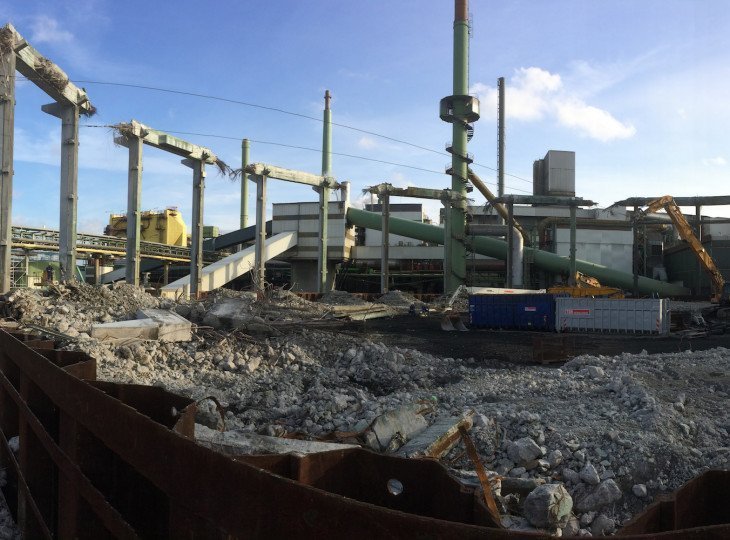 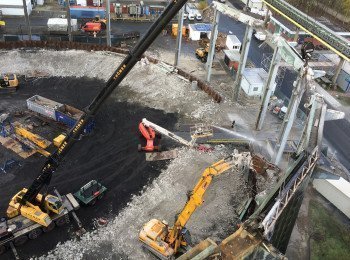 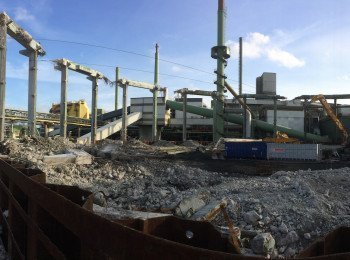