"WE MOVED AN ENTIRE PRODUCTION LINE IN LESS THAN 4 WEEKS!"

Efficient dismantling and installation of a cab production line

Efficient dismantling and installation of a cab production line

After a long period of preparations, the truck factory in Ghent closed for one month according to schedule. In that time, DDM dismantled the complete cab production line and rebuilt it.

Over the full length of the production line, the majority of the steel structures were dismantled and then reassembled and installed at a new location. All the high-tech tools were also moved and reinstalled. All the electrical systems, air conditioning, safety systems and computer control systems were adapted to the new situation.

The floor chain lane systems were changed, as were the drives. In addition to the production line, the associated storage warehouse was also completely revamped. Various hoisting facilities, racks and conveyor belts were reinstalled. In less than 4 weeks’ time, all items and tools were moved and the production line was set up more efficiently. After a number of extensive and successful test runs, production was able to start up again.

DDM managed to optimise the complete production line for the truck cab within the planned schedule. Thanks to the change, which was done for the client’s European Optimization Program, more trucks are being produced now than ever before: production increased by over 14%. 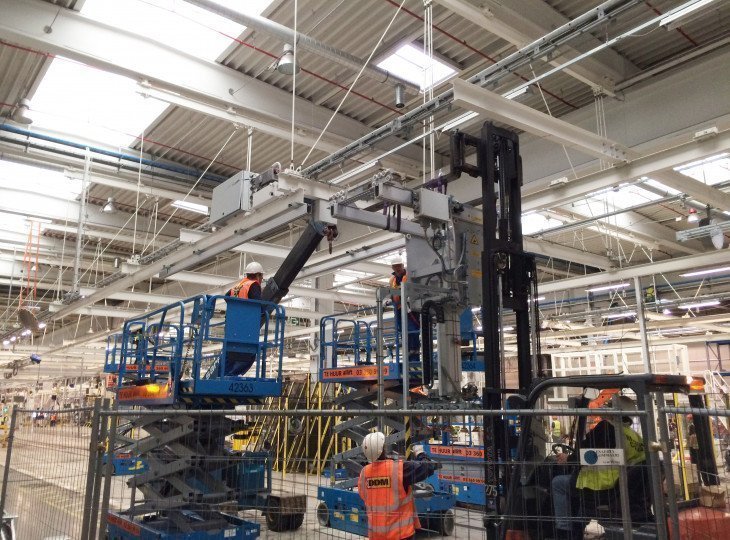 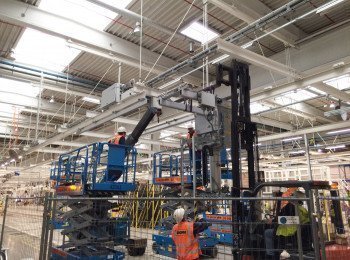